First, an apology to all you smashworders!  I only put my latest book, Defeat   Earth: Episode 1 on Smashword for free because I read that’s the only way to get Amazon Kindle to make your book free.  But the response has been overwhelming!  Thank you so much!  Now, after all of you have finished reading, write those reviews!

Because of my mistake in not considering Smashwords a viable platform, I didn’t even put a cover on my book out there.  I’ve corrected that, so now you can go redownload at https://www.smashwords.com/books/view/550766 and get a cover! 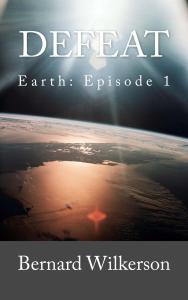 Defeat is not at all like what I’ve written before.  It’s straight up, mostly, science fiction, with a few themes I’ve explored in my earlier works about the Afterlife.  But everyone who dies in Defeat departs the picture.  It’s clearly told from the perspective of the living.

Why science fiction?  I used to read historical fiction and murder mysteries, but I found Tunnel in the Sky by Robert Heinlein and became forever hooked.  I read a bunch of Heinlein, then discovered Asimov, Bradbury, (I never was much of a Clarke fan), Herbert, McCaffrey, Zelazny (I met him once!), Wolfe, and many others.  I read some fantasy, including Tolkien, Moorcroft, Lovecraft, and Leiber, but science fiction was where it was at for me.  I think it influenced my desire to go into rocket science, although I always enjoyed setting things on fire and blowing them up and rocket propellant development was a natural fit.

So now it’s my turn to write some sci-fi!  I hope you enjoy it.

1 thought on “And now for something completely different…”